Information about magpies, swooping behaviour and tips for staying safe 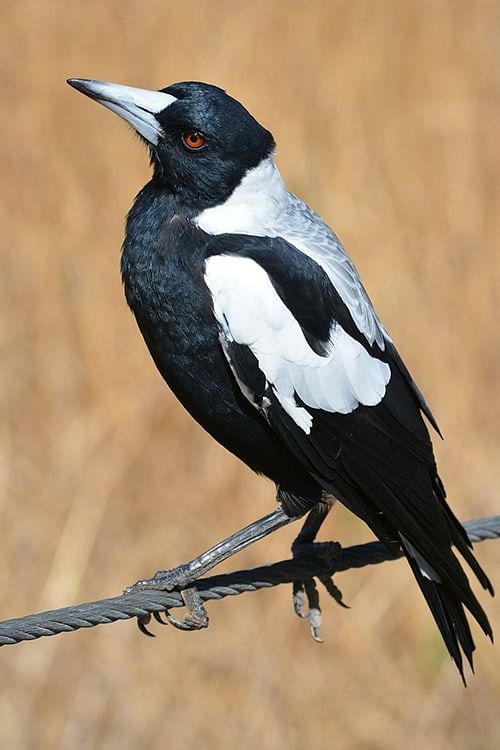 Parks and suburban gardens with some tall trees and lawn provide the perfect place for the Australian magpie, where a pair may claim their territory for up to 20 years. While magpies nest high for a good view of the surrounding area, the grassed sections below offer rich pickings for these grub hunters.

Male and female magpies can be difficult to tell apart. Both have reddish-brown eyes and similar black and white patches. However, while the neck on the male is white, the nape on the female’s neck is grey-white in colour.

Magpies are intelligent, sociable songbirds who use flute-like calls (known as carolling) and bill clicking to communicate. A group may sing a repeated short song at dawn or dusk in winter and spring to broadcast news about the mating season.

A pair of magpies may stay together in the same territory for up to 20 years.

Why do birds swoop passers-by?

Birds swoop to protect their nests and young.

Between July and November some of Lismore’s native bird species, including magpies, may become defensive and swoop people who venture too close to their nesting site.

A small percentage of birds strike or swoop as a warning to ward off intruders from their territory. Territories may include your backyard, street, local parkland or school area. This is normal defensive behaviour as the bird is trying to protect their eggs or newly hatched young in their nest. This behaviour usually lasts about six weeks, and in almost all cases ceases when the young leave the nest.

People can post on www.magpiealert.com if they feel others should be warned about a particularly troublesome magpie. It ios a handy resource to share information about how a particular magpie is behaving, and even offer suggestions for how to avoid his territory.

The most well-known bird for displaying swooping behaviour is the Australian magpie, however other species of native birds have also been known to swoop including the masked lapwing (plover), butcherbird, magpie-lark, little friarbird, torresian crow and noisy miner. All of these native birds are protected species under state wildlife legislation (the National Parks and Wildlife Act 1974).