Information on wildlife, koalas and who to contact if you find injured animals

The fauna of our region is very rich and varied and is characterised by a high density of species. North-east NSW is home to:

Many rare and threatened species can be found in our area. Having an abundance of wildlife around us is a special thing but also increases the likelihood of finding injured wildlife.

If you find injured native wildlife, please contact one of the following organisations:

If you find an injured koala, you should contact Friends of the Koala's rescue hotline 6622 1233.

Lismore and the surrounding area is blessed with a higher than average population of koalas including a significant urban koala population in south-east Lismore.

Koalas feed predominantly on eucalyptus leaves and an abundance of appropriate food tree species is essential for the wellbeing of our local koala populations.

Koalas are under considerable threat from rapidly expanding urban centres and infrastructure that threaten their habitat. In NSW it has been estimated that less than 15,000 individuals remain. Within NSW, koalas are recognised as ‘vulnerable’ under the Threatened Species Conservation Act 1995.

Lismore City Council is actively involved in koala habitat conservation initiatives funded under our Biodiversity Management Strategy. These initiatives include: 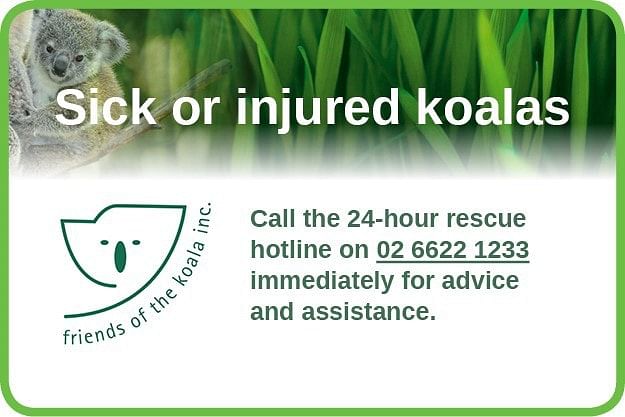 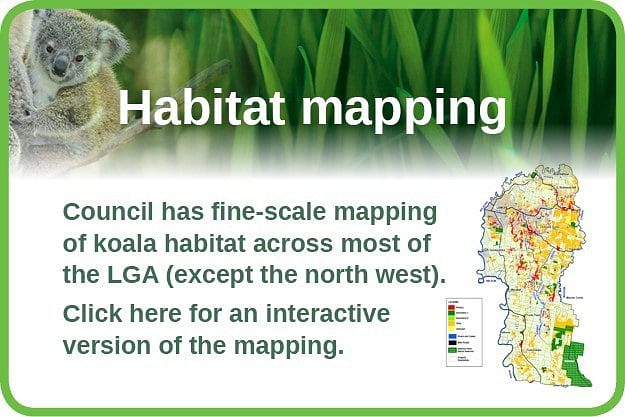 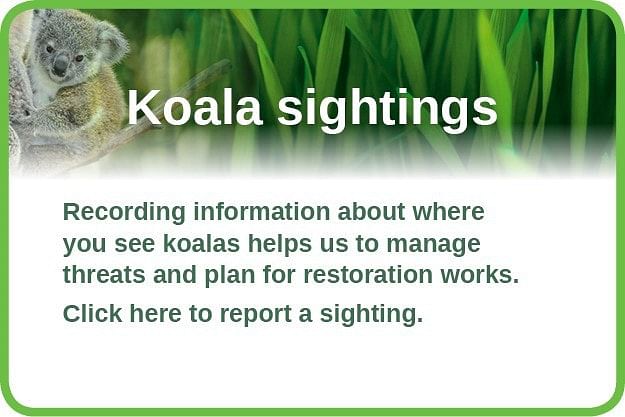